What South Africa can learn from Silicon Bangalore

One of the gifts of COVID19 has been the realization by global leaders of how important a strong digital & telecommunications infrastructure is for their countries. This realization has been twinned by the other fact, only strong economies that have a clear and pronounced comparative edge will eke out their competitors.

India is a modern wonder. Its economy is the subject of many an MBA classroom, and over the past 30 years, her citizens have seen a dramatic rise in living standards according to the GDP per capita numbers published by the World Economic Forum. Make no mistake, India is also afflicted with egregiously high levels of inequality. The simple fact is that the rise in fortunes have not been equally distributed. Then again, are they ever?

I have a simpler question for this piece: Whilst the Indian economic miracle is clear, the real question is how did she achieve this? And what can South Africa (read Africa) learn from India?

In his bestselling book, the Hard Thing About Hard Things, Ben Horowitz makes the point that leadership is often about making really difficult decisions with insufficient data during volatility and uncertainty with the direst of consequences for “calling it wrong”.

My sense is that India did the hard thing by making the decision that it would build an economy based on leading the world in a single sector, technology & business process outsourcing. Most politicians and economists are loathed to do this. They prefer to build a complex economy that has both primary and secondary economic sectors, driven by both the industrial, and technological and services sectors. And the reason for this is that it is a sound economic policy to diversify your economy. You enjoy defensive and opportunistic sectors that aide building an economy.

Here is my hypothesis: I think what works is picking one battle and winning at that single battle.

India today boasts one of the largest IT sectors in the world. As with all countries, some myriad sectors and industries contribute to the total GDP, yet India’s technology sector accounts for at least 55% of the total global outsourcing market, which is approximately 8.0% of India’s total GDP. By 2017 India had one of the highest growing economies on earth, achieving a GDP growth rate of 6.6% and equalling that of the United Kingdom. No-longer a colony of Mother England, India has achieved in less than a full century what has evaded many African countries. Self economic determination. 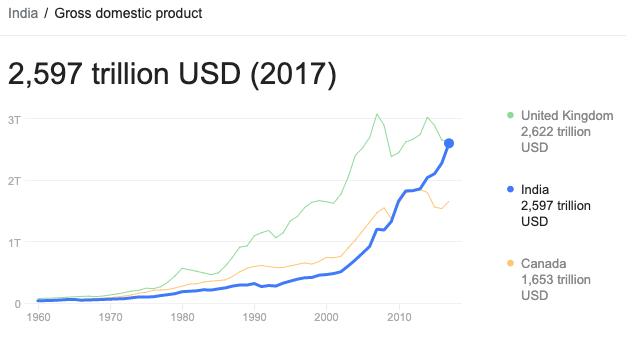 In contrast, the largest IT sector employer in South Africa has about 18 835 employees. At the face of it, there is room for improvement and opportunities for South African private entities to create jobs, especially in the IT sector. But to do this, the State and its functionaries have to move beyond the buzzwords about the 4IR and actualize it.

This is a real opportunity for South Africa.

South Africa enjoys the most industrialized economy in Africa. No longer the largest (owing to our slow economic growth rates & the rebasing of the Nigerian GDP now over five years ago) South Africa still has burgeoning telecommunications, technology, infrastructure, and banking sectors that give it the platform to mount a real offensive.

What we lack is a clear strategy of what that offensive is built on. South Africa has the real opportunity to pivot again: become the gateway to the continent once more & build a technological infrastructure to improve productivity and transparency for investors. Our ICT sector could be used to catalyze our economy by capitalizing on a globally emerging sector.

Unlike India, South Africa is focused on more than one sector, and as the saying goes:

What SA can learn from India is that there is a need for SA to build an economy with a clear sector-specific comparative advantage and make the hard decision: leave behind legacy sectors.

I have spent the past year traveling the world meeting with Limited Partners for our inaugural Vision Fund 1. It’s fascinating to see and hear how common this view across the boardrooms of those that capital, “what is the South African Comparative Advantage”?

Because our current “please everybody, protect every front & holds every sector as a key to the growth of the economy” is simply not working.